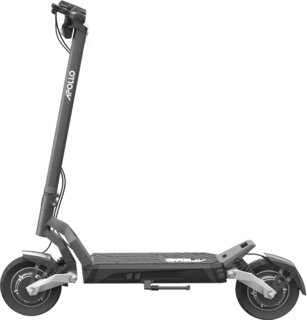 The Varla Eagle One is a big, 77 pound scooter that requires a great deal of strength to maneuver, but its balance is brilliant and it can crawl at speeds of two to three km/h. Its cruise control is another nice feature, and it also converts kinetic braking energy into battery power, extending its mileage. Its battery is charged through a USB port, and it comes with dual hydraulic disc brakes. It has a high-quality battery pack for added safety.

The Varla Eagle One is very easy to drive. You can easily install a seat and adjust it to your body size. The unit also comes with a bell, but the device is fairly flimsy and would benefit from an upgrade. This scooter also doesn’t come with a charging port, making it difficult to travel with. It does, however, offer a 2-year warranty. It is a good value, but you should check the specifications before purchasing.

Varla’s Eagle One scooter has a large 52V 18.2 aH lithium-ion battery with a two-year warranty. It is the same size as the Apollo, but it has more capacity than the Apollo. As a result, both scooters have a great battery life and are able to handle steep terrain. The difference between the two scooters is in the price tag and how much space they take up.

The Varla Eagle One has a great design and is easy to maneuver. It is easy to fold, and its dual spring suspension makes it easier to maneuver. It is not ideal for commuters as it’s too heavy. Despite being lightweight, the Eagle One is a great choice for commuters. The two-year warranty is an added bonus. The best feature of the Apollo Ghost is its patented technology.

The Varla Eagle One is more expensive than the Apollo Ghost, but it has a higher capacity. The Eagle One is the best option for long-distance commuting. The two scooters can be used in the same place. The Eagle has an extra battery than the Apollo Ghost. The two scooters are comparable in price, so you can decide which one is more suitable for your needs. It is easier to ride on the slopes, but the Varla Eagle One is better for steeper terrain.